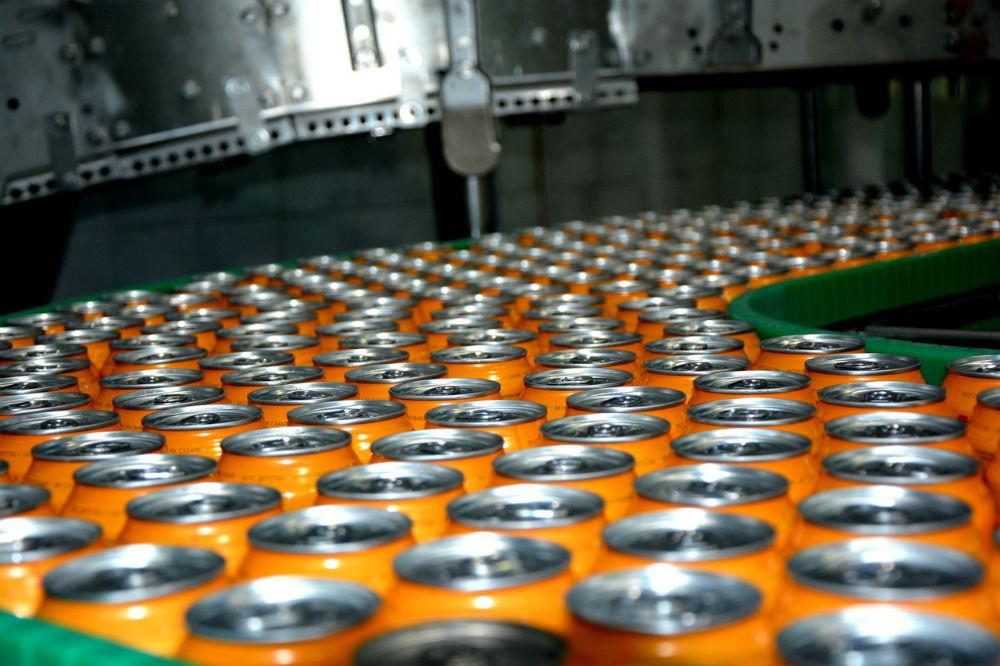 We introduced a new aluminium can filling line

Today a milestone event took place for JSC «Beer & Soft Drinks Plant «KRYM»: a ceremonial launch of a new aluminium can filling line for beers and soft drinks was held.

Chairman of the National Council of the RC Vladimir Konstantinov, Deputy Prime Minister of Crimea Yuriy Gotsanyuk, and city leaders of Simferopol took part in the ceremony. Notable guests were shown the whole process of aluminium can filling and packing of beverages for transportation to distribution networks and retail shops.

General Director of the Enterprise Alexey Khmelnitsky noted that the new line launch became possible due to the enterprise's move to a new level by means of marketing development and increase in sales of the integrated plant's production. Thus, capital investment in production development comprised 200 mln roubles and the enterprise utilized no credit funds at that.

«Today we have launched a new filling line for beers and sot drinks: «KRYM LAGER», «KRYM ZHIGULEVSKOE», «CRIMEAN RIVIERA», «WHITE ROCK» (0.5 l), «LEMONADE» and «MOJITO» (0.33 l)», – answered Alexey Khmelnitsky to the question from journalists which beverages from JSC «BSP «KRYM» assortment would be soon seen on shop counters by Crimeans and all Russians.

In his turn, Chairman of the National Council of Crimea Vladimir Konstantinov shared not only his impressions of the new line in production but also his preferences in relation to the production of Beer & Soft Drinks Plant «KRYM».

«We observe that Crimea is developing, its flagship enterprises are developing and moving into top gear. It is a good and positive event. The line is computer-assisted and robot-aided. This enterprise has already both feet firmly on the ground, clearly has its own strategy and moves within it – so we are placing on record its next success», he noted. «We drink only this water, only this lemonade. It is a taste of childhood! Their nice kvass put itself on the map. Good production just for the summer. Splendid manufacturer. It enjoys popularity», Konstantinov added.