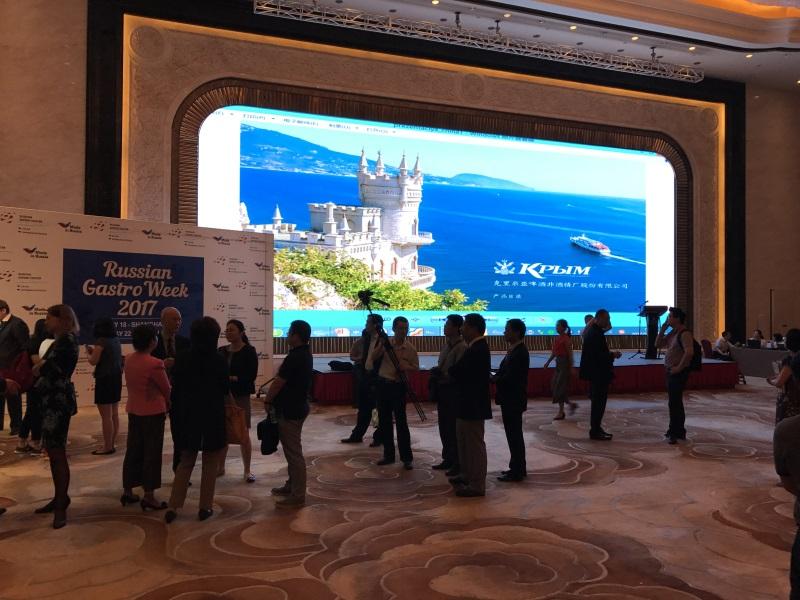 Production of Beer & Soft Drinks Plant «KRYM» was presented at the «Russian gastronomy week» held from May 18 to 22 in the largest Chinese cities – Shanghai and Wuhan.

For the second year running, our enterprise participated in this event organized by JSC Russian Export Center on the territory of China.
The whole assortment of the presented production caught much interest of Chinese trade companies and retailers. Agreements on supplies of production under «KRYM» trademark were reached with some of them. In the current year, a significant increase of the JSC «BSP «KRYM»  production export turnover to PRC is scheduled.