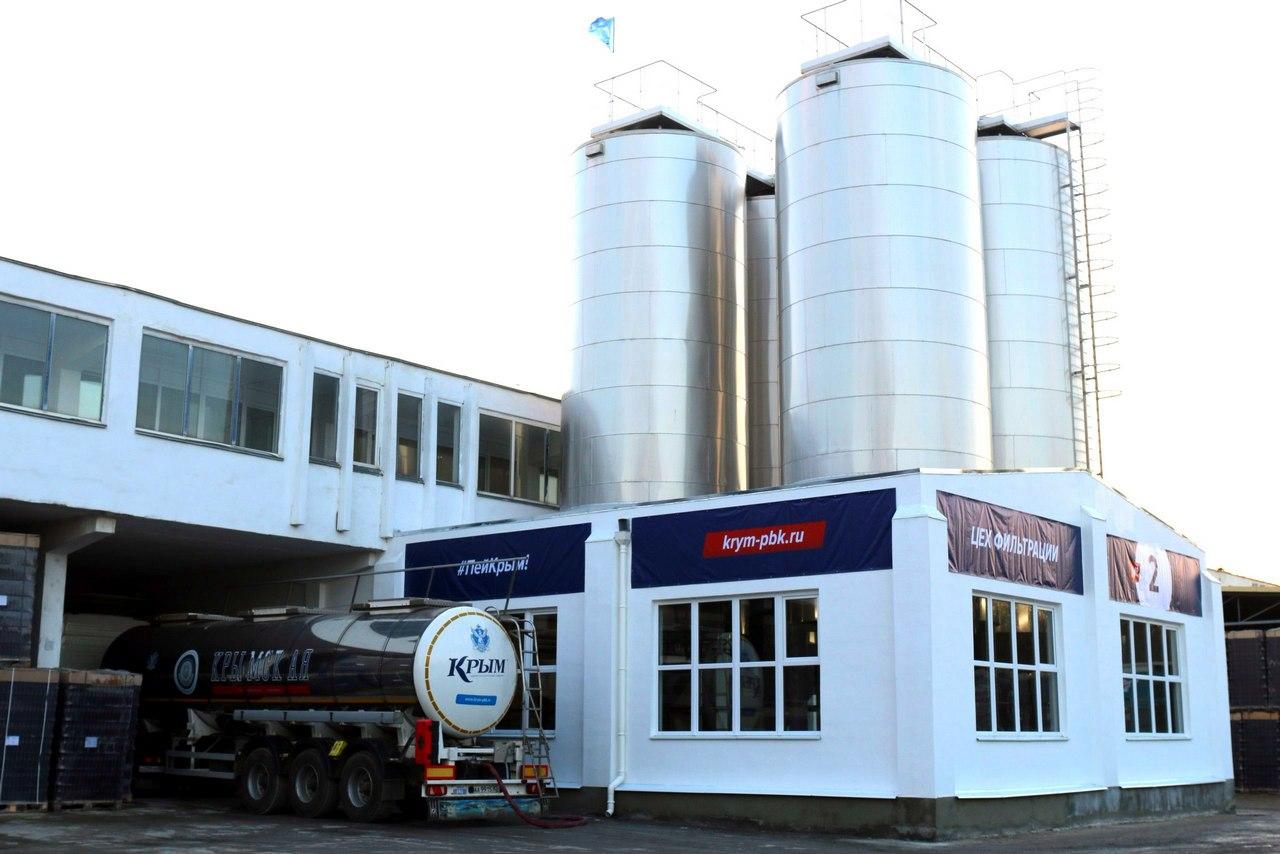 We open a new workshop to celebrate our 35th anniversary!

Today, on December 22, Beer and Soft Drinks Plant «KRYM» celebrates its 35th anniversary. A new filtration workshop opening ceremony was held in the framework of the event.

As was noted by Vice Prime Minister of Crimea Yuri Gotsaniuk, "We can see the company's steady progress; it is a high-quality manufacturer of beer and soft drinks in Crimea. The year of 2017 is successful for the plant in terms of international exhibitions and competitions".

He also stressed that the Crimean company has entered into a number of contracts for product supply to foreign countries.

"The products are successfully realized not only in the market of the peninsula but far beyond. The plant has entered into contracts to supply its products to China, Kazakhstan. By the way, according to the results of 2015, 2016, the plant is Crimea's major taxpayer, and it is going to remain as such in 2017, I am sure", Gotsaniuk concluded.

According to General Director of the plant Alexey Khmelnitskiy, the startup of the new workshop is another stage of a large-scale improvement of production and increase of efficiency.

"This beer filtration and storage workshop will help our plant to increase capacity by 20% and will ensure our continuous development. In the last three years, we paid about RUB 5 bln of tax charges and invested over RUB 1 bln in production this year. We have already allocated funds for production improvement in the coming year", Alexey Khmelnitskiy said.

In the early 2000s, a program of large-scale reequipment and production improvement was launched at the enterprise. New high-performance filing lines were put into operation along with modern equipment for beer filtration and fully automated yeast department; the plant's own boiler-room was constructed and put into operation, all technological pipelines were replaced; energy-saving program-controlled equipment for artificial cold production was commissioned.

A high-performance automated PET filling line, which can be definitely called one of the world's best, was launched in 2016.

A new aluminum can filling line was commissioned in June 2017 together with an extra keg filling module.

Investment in the improvement and increase of the plant's capacity along with the entrance into new markets have delivered such benefits as financial stability and steady improvement of the enterprise. For example, the total annual sales volume has grown twice in these last 5 years.

It is no secret that developing industrial enterprises are the essential drivers of the regional economic growth. In 2015 and 2016, "Krym" Beer and Soft Drinks Plant became the major taxpayer in the Republic of Crimea. We also expect tax leadership in 2017.