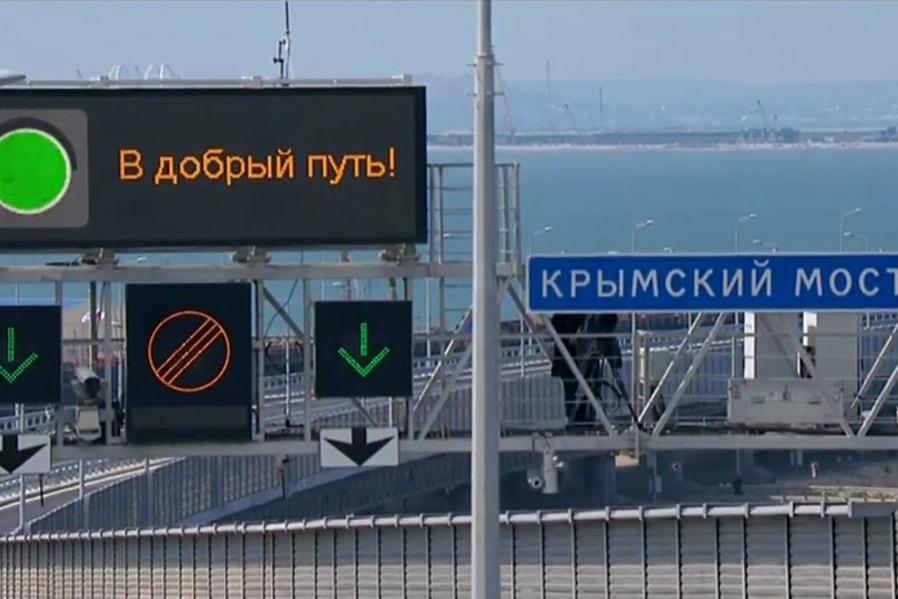 BSP "Krym" at the opening of Crimean Bridge

The opening of the Crimean Bridge across the Kerch Strait took place on May 15. President of the Russian Federation Vladimir Putin took part in the opening ceremony.

The Russian leader personally led the truck column, driving a KamAZ, which successfully covered the distance from Taman Peninsula to Kerch Peninsula in 16 minutes.

Crimean Bridge was built up in record-breaking 27 months and became the longest in Europe (19 km). The bridge capacity is 14 million passengers. Starting on May 16, Crimean residents and guest from the Russian mainland will be able to cover the Kerch Strait with comfort.

The official part of the ceremony was followed by a gala concert for the residents and guests of Kerch. The concert featured on-stage performance groups from Crimea and Russian popstars.

Beer and Soft Drinks Plant «KRYM», being the Water Partner of the Crimean Bridge opening ceremony, treated the guest with "Krymskaya Drinking Water".