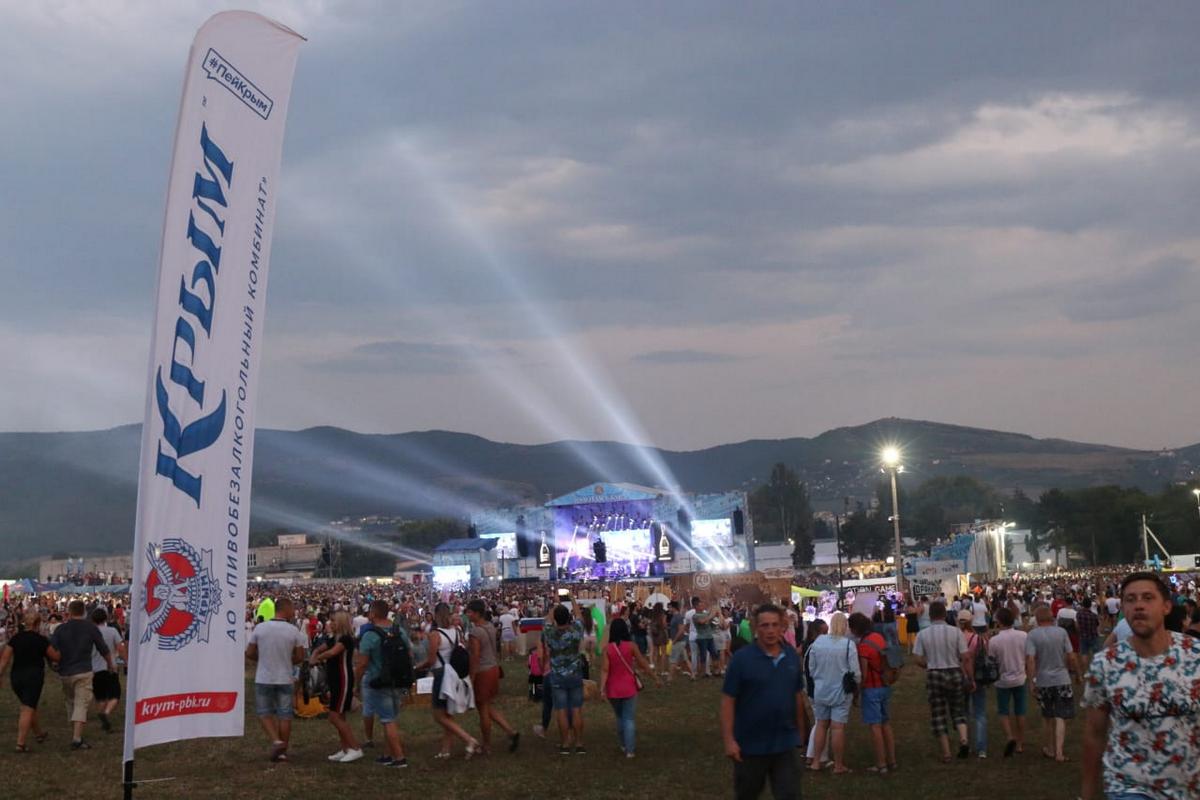 On the 4-th of August III annual #ZBFest festival took place on the Zolotaya balka venue. It is the brightest musical event of Crimea, that gathered thousands of melomanes from the whole peninsula and the mainland of Russia.

Guests of the festival were in for quite a lot of entertainments, including spectacular dances, bike trials, acrobatic trampolines, virtual reality attractions and many others.

"KRYM" Beer and Soft Drinks Plant, that helped the guests to quench their thirst on this hot day with the KRYMSKAYA DRINKING WATER, acted as the #ZBFest Festival Water Partner. And the most active guests took part in BSP "KRYM" contests and received exclusive prizes!

In the evening everybody was in for breathtaking rap-texts from Loc-Dog, favorite songs of the "Agatha Christie" group performed  by Vadim Samoylov, dancing to Yegor Krid hits and, of course, otherworldly  performance of the "Leningrad" group.

The festival ended in grand fireworks over the vineyards of Zolotaya Balka.