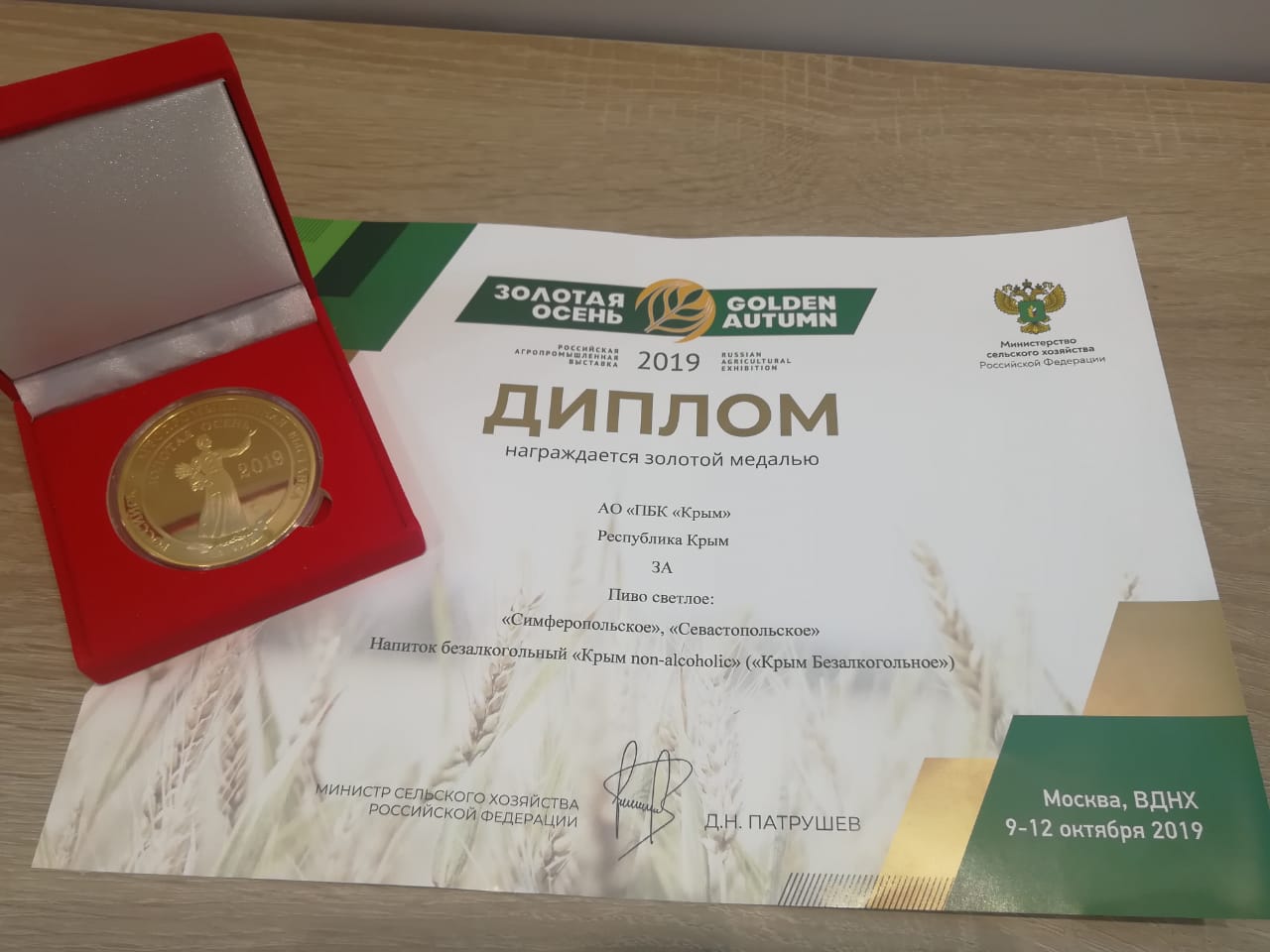 From October 9 to October 12, the agricultural exhibition “Golden Autumn 2019” was held in Moscow, within the framework of which the Plant “Krym” traditionally presented its entire range of products.

For guests of the exhibition, the Plant “Krym” provided an opportunity to personally verify the quality of our products. Everyone could taste the beer, drinks, mineral and drinking water of the plant, as well as discuss with our team the features of the classic production technology and the possibility of cooperation with us. We are glad that at such a large-scale event, the representation of “Beer & Soft Drinks Plant “Krym” aroused increased interest among visitors.

Traditionally, the exhibition “Golden Autumn” was visited by Vladimir Zhirinovsky, the leader of the LDPR party. Together with members of the same party, he examined the exposition and got acquainted with the presented goods. Our team gave Vladimir Volfovich a gift from the staff of the Plant “Krym” and personally thanked for his high praise of “Krymskaya” during his speech at the joint meeting of the Council of the State Duma of the Russian Federation and the State Council of the Republic of Crimea.

In the framework of the competition “For Production of High-Quality Food Products”, the Plant “Krym” was granted the gold medal. The competition was attended by:

The new “gold” medal will go to the collection of plant awards, which, together with numerous customer reviews, confirms the consistent quality and trust in our products!