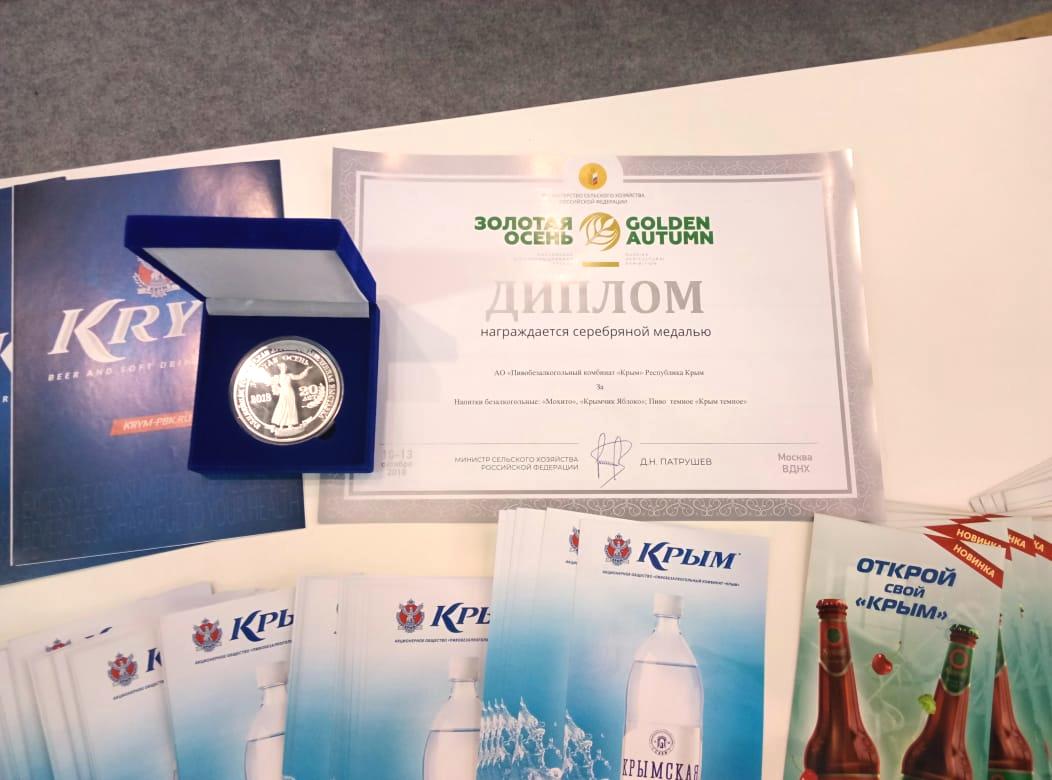 From the 10-th of October till the 13-th of October Russian agro-industrial exhibition "Zolotaya Osyen'" was held on the territory of the Exhibition of Economic Achievements (VDNKh).

"Zolotaya Osyen'" is the biggest exhibition of the achievements of domestic agricultural laborers, and a business forum for discussion of the most urgent problems of the industry. This year wide international representation has become a distinctive feature of the exhibition. Participants from 15 countries presented their products.

Head of the Republic of Crimea Sergey Aksyonov, in his turn, examined the stand of Crimean producers, that include "KRYM" plant. A wide assortment of products of our enterprise: beer, drinks, mineral and drinking water were presented at the exhibition.

Within the framework of the competition "For high quality of produced goods" BSP "KRYM" was granted a silver medal. "MOJITO" drink and "KRYMCHIK" Apple, as well as "KRYM DARK" Beer participated in the competition.