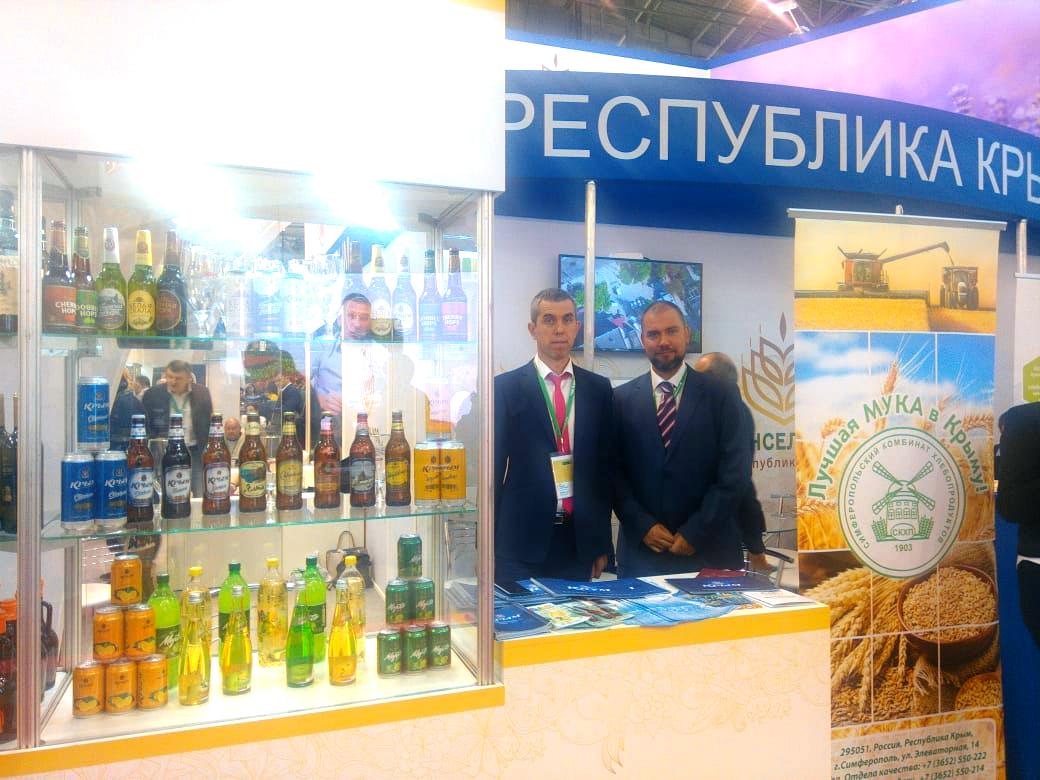 The biggest in Russia agro-industrial exhibition "Zolotaya Osyen'" started on the 10-th of October. It is held annually and timed to coincide with the celebration of the Agriculture and Processing Industry Workers' Day.

Exhibition guests may get acquainted with the assortment of beer, drinks and water from BSP "KRYM", and to learn about the traditional technology of production that our enterprise adheres to from the date of its foundation.

The exhibition will run till the 13-th of October.