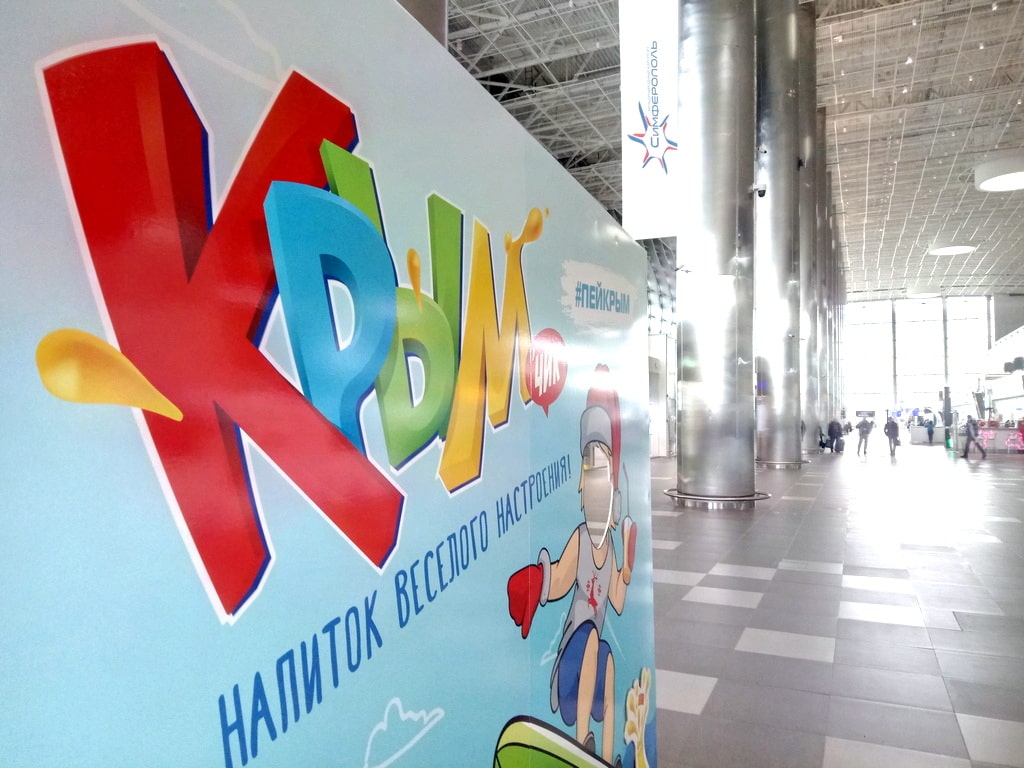 Father Frost together with "KRYMCHIK" met guests of the Simferopol International airport.

From the 25-th of December till the 31-st of December Father Frost and Snow Maiden wished a Happy New Year to passengers at the International airport of Simferopol, and "KRYMCHIK" helped to get charged with the festive mood.

Each little guest of the terminal managed to amaze Father Frost with his talent and receive a New Year gift from "KRYMCHICK"! Performances of children and joy from the presents received contributed to the festive atmosphere of the airport.

Photo area of "KRYMCHIK" was situated near the New Year Tree. It grasped the attention of both children and adults of all ages. All who wanted were given a possibility to make an original photo for memory and participate in a photo competition of "KRYM" plant by posting the received photo in any of the social media with the #ПейКрым hashtag. Authors of the most interesting and creative photos will receive valuable prizes!

It was a pleasure for the team of "KRYM" plant to spend days preceding the New Year at the International airport of Simferopol, hear the opinion about our products from Crimeans and guests from the mainland of Russia and charge the festive mood with the "KRYMCHIK" taste!